It is our mission to conduct business with honesty and integrity, glorifying our Lord.

Providing quality products that assist in a healthy lifestyle
Supplying all ages/skill levels with bicycles and related products
Serving in a timely, friendly, and knowledgeable manner
Charging a fair, competitive price

In 1988 a small town boy graduated from a big town college. Michael Kavulla, born and raised in Hermitage, Pennsylvania, graduated from Pennsylvania State University at Behrend Campus, Erie with a BS and an inborn passion for bicycles and cars – according to his parents he could even name years and models of all riding vehicles going down the street at the age of 3! Upon graduation, he started working as a bike mechanic in his hometown for what was then known as Bicycles and more, Inc., a long time standing Schwinn dealership. Superior wrenching and excellent customer service led to his promotion to store manager. 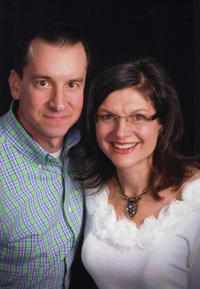 In 1995, Debbie Marshall walked into the store to purchase a bicycle. Mike got the sale and the girl. In September, 1998, they married, riding away from the ceremony on 1955 Schwinn phantoms. The owner of Bicycles and more was talking of retiring. After much prayer and getting a business plan together, Bicycle & Fitness World, Inc. was born as the clock struck midnight January 1, 2000 at 1193 East State Street, Sharon.

Two big changes were brewing in the business. First of all in August, 2001 one of the smartest business decisions ever made was to pick up Trek/Gary Fisher as the main supplier (as Schwinn went Mass Merchant shortly there after). While the name speaks for itself in the bicycle industry, the inside and outside sales support go unmatched, as does the quality of its bicycles and accessories. Trek offers a wide selection of bicycles made with the latest technology, for the novice all the way up to the high-tech racer.Trek also carries a full line of parts and accessories for all seasons to dress up the bike or the rider.

Secondly, in February, 2002 the name and location were changed. Bicycle & Fitness World became The Bicycle Store. With a new name and logo, the store moved to 1779 East State Street, an old Taco Bell building, Hermitage. This building provided unique features like front and side-street access, plenty of parking, and a test ride area.

Where as Mike is responsible for service, customer relations, and managing the store, Debbie is mostly behind the scenes, doing accounting, marketing, ordering, and yes – even putting a web site together! Our three children Ava, Anna, and Louis help out as well. It is truly family owned and run! Each February/March 3-4 part-time employees are hired in preparation for seasonal demands. To overcome the mass merchant mentality, the staff strive to provide personalized attention to each customer who walks through the door. Clients are professionally “fitted” to a bicycle by budget, size, and use.  In addition to Mike and Debbie, trusted employees  Mark Taylor, George Holinda, Jeffry Sposito may greet you as you enter The Bicycle Store. We are so blessed to have such a WONDERFUL team!

For 15 consecutive years (2005-2019), The Bicycle Store was awarded The Best of the Best Award by the Sharon Herald. As the vicinity’s only locally owned full service bicycle shop, it is a privilege and responsibility taken to heart. “We strive to supply and fit all ages/levels with quality bicycles and related products- not to mention repair any make/model from minor tune-ups to major overhauls”, adds Mike, a Trek certified mechanic and wheelbuilder.

Mike and Debbie would like to praise the Lord, their customers, and their employees for The Bicycles Store’s success and for letting them earning a living doing something they really enjoy.